Gods & Kings is an expansion to the turn-based strategy game Civilization V, a game where you develop a civilization from ancient times all the way into the future. Gods & Kings requires Civilization V to be installed in order for it to work.

A variety of new game mechanics are introduced with Gods & Kings, most prominent being religion and espionage. A new resource, “faith”, can be used to form a pantheon to the gods. As you gain more faith, your pantheon can evolve into a full-blown religion. You can choose different beliefs for your religion, which provide different benefits to your civilization, such as getting increased food from camps, increased culture from jungles, or increased growth in your cities. You can name your religion whatever you want, and spread it across the world. It is fun to watch your religion spread to other civilizations, while reaping the benefits. Prophets and missionaries can be used to speed up this process. 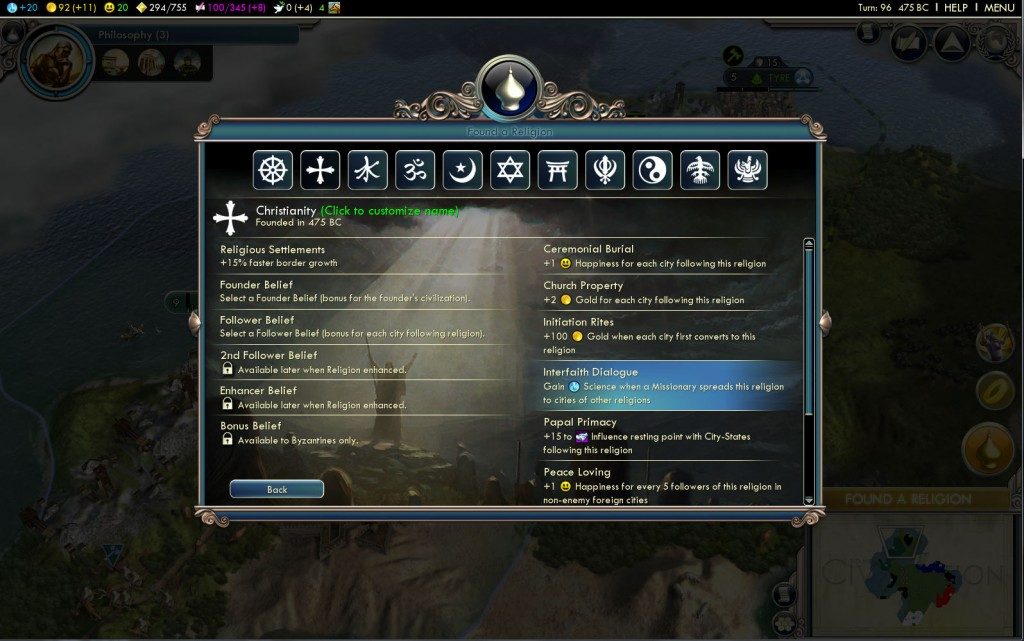 With the new espionage mechanic come spies. You can send spies into the cities of opposing civilizations to glean information from them, such as attitudes toward other civilizations, whether they are planning an attack, or what they are constructing. You can even use spies to steal technologies, and if your spy is effective enough, they won’t be detected. If they are, there might be diplomatic repercussions. But beware, if an enemy spy is set up in their own city, they might catch your spy in the act, and kill them. It works both ways, you can set up your spies in your own cities to protect them from enemy spies.

Along with these new mechanics, there are new civilizations, such as the Byzantines, the Maya and Carthage, as well as new units, buildings, wonders, technologies, resources and even new historical eras. A number of pre-existing features of the game have been overhauled to be more engaging, such as naval combat. 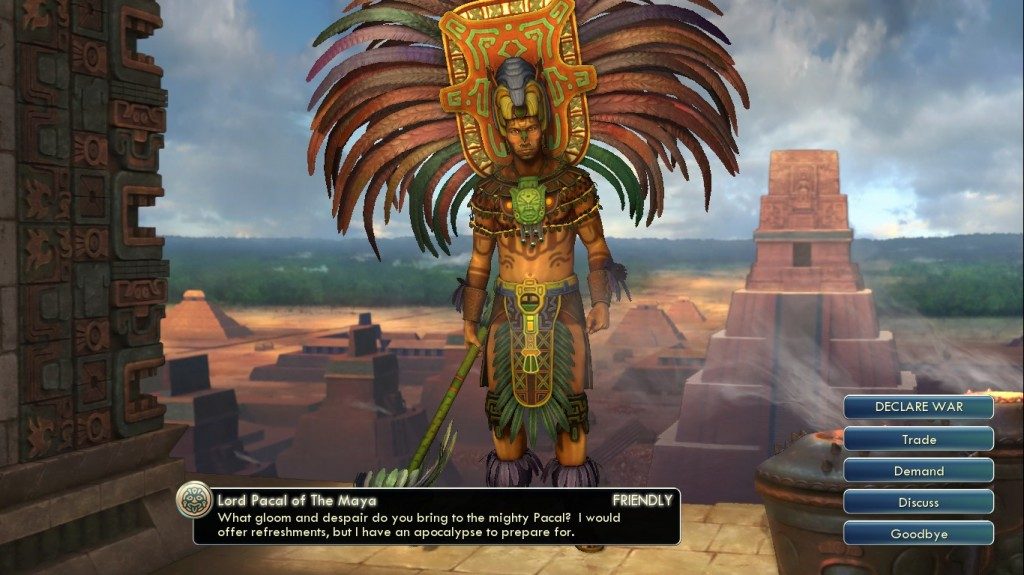 After playing Civilization V with Gods & Kings installed, it is hard to remember playing the game without it. There is so much added by Gods & Kings, and it all flows so seamlessly into the game that it was as if it was always there. Everything is an either improvement or a surprise that it wasn’t in the original game in the first place.