When professionals told Lisa Anderson that Asperger’s syndrome would be a life long limitation for her three-year-old son Chris, she threw any advice they had to offer out the window. Like any mother, Lisa wanted to give her son the best start in life so, following her gut instinct, she decided to take a different approach. Little did she know just how much that courage would impact on the lives of hundreds, if not thousands of people.

Rather than following the prescribed method of isolating Chris, labelling him as abnormal and ‘managing’ his Asperger’s, Lisa decided to actively push her son in every aspect of his life to achieve what she instinctively knew he was capable of.
Twenty-three years down the track, it’s fair to say that Chris has not only defied the expectations of those who wanted to ‘manage his limitations’ but even those of his mother who believed ‘the sky was the limit with Chris’. 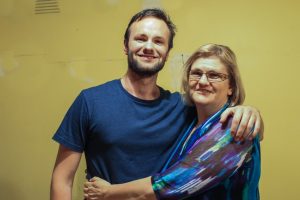 Now 26 years of age, Chris Varney has dismissed the stigma associated with Asperger’s and is on a mission to empower young people on the spectrum to embrace their strengths and talents and adopt an attitude of ‘I can.’

With the help of a strong support network made up of friends, family and teachers, Chris has lived his life with a strengths based approach that has provided the foundation for his 13-month-old charity, I Can Network.

“I am so frustrated by the fact that we have 58% of Australians with autism in a Centrelink queue. I think that our economy and our innovation agenda in Australia is missing out on huge resources there, and if we can unlock the door to how to get autism right, I think we’ll be in a really strong place as a country,’ he says.

Chris is living proof of how just how valuable the talents and unique mind of someone on the spectrum are. In high school, he volunteered with World Vision’s youth movement VGen where he ran and managed countless campaigns over a number of years.

In 2009 at age 22, Chris was elected the Australian Youth Representative to the UN. During that time he travelled the country to hear the voices of disenfranchised youth, the findings of which he presented to then Prime Minister Kevin Rudd. Chris’ work in this role contributed to the 20th Anniversary of the Convention on the Rights of the Child and his efforts were acknowledged by UN Secretary General Ban Ki-moon. 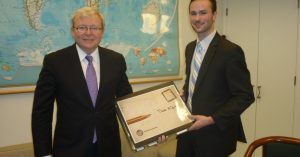 The achievements don’t stop there with Chris. On top of his advocacy work he has also completed a Bachelor of Law at Monash University, currently holds the role of Manager of Youth Supporters at World Vision and has been involved in countless other campaigns championing for young people.

Chris acknowledges the contribution his mother Lisa has made in forming his outlook on life. In 2013 he was invited to deliver a TEDx Talk about his experience with autism and fittingly called it  Autism- how my unstoppable mother proved the experts wrong.

‘..She very much empowered me to get out there and make my mark and to always I guess, play a role in encouraging others and in doing so helping myself work through my own challenges,’ says Chris of mum Lisa.

Lisa’s approach has also provided much of the inspiration behind the philosophy of the I Can Network, which aims to take a strengths-based approach. ‘It’s a movement to rethink autism from ‘I can’t to I can’’ says Chris.

So where to from here for Chris Varney and the I Can Network?

Since an initial meeting of three people in a classroom at Monash University thirteen months ago, the I Can Network has grown into a team of 20 volunteers, a movement of 600 people who they talk to, and camps that have benefited over 100 people now.

And that’s just the beginning.

I Can is now at three universities including Swinburne, it has won awards from Monash University including the ‘Vice Chancellors Social Inclusion Award,’ and has been nominated for ‘Mentor of the Year.’ In addition, the team has built up two pilot mentoring programs in schools and is also seeing mentoring forming between young adult mentors and student mentees. Just recently, the first camp for 15-25 years olds took place and was attended by 30 young people on the spectrum and run by people on the spectrum. 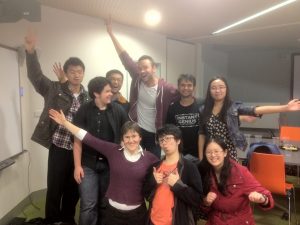 “Now the test is to build up a practice where we scale our mentoring across nine pilot schools and build up mentoring programs at universities – to network young adults on the spectrum at university into work places, and customise job opportunities that match student interests with business or community or social needs,” says Chris.

From here the hope is to have staff within two years and Chris is determined to establish I Can Network as a full-fledged charity by 2016 with the goal to grow I Can across Australia.

“In doing that it is really important that we are owned by young people on the spectrum because that is who we are, and that we see ourselves as a movement to rethink autism,” says Chris.