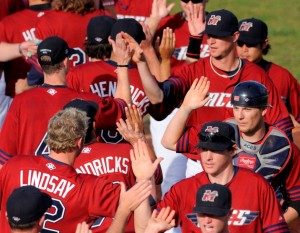 The Melbourne Aces which finished last season at the 2nd place has increased their home ground attendance by 30 precent from previous year  during the Australian Baseball League 2011/12. Behind this successful season,  the general manager of the Melbourne Aces, Windsor Knox fought his way to attribute his team more famous and attractive. As the movie “Moneyball” reflects on a baseball team’s success story by discovering new management strategy in the American Major League Baseball , Windsor found his tactics in Australia where baseball has’t been famous yet.