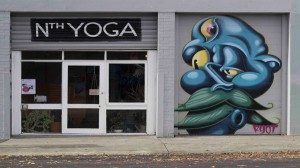 Yoga is rapidly gaining popularity as an exercise choice in Melbourne.  Yoga teacher, Kathy Peterson, says this is because people are seeking out exercise as a way to de-stress as well as get fit and yoga covers both bases very effectively.

“More people are trying yoga so more people are becoming aware of it. As a result more styles are available to try,” she explained.

“The physical practice calms you down. Yoga trains us to still the mind and see it as just thoughts as opposed to getting caught up in the internal dialogue,” she said.

“If you can detach from the mind you can have more control rather that the mind leading the way all the time, and I think that is beneficial.”

Peterson has a degree in physical science and a background in gymnastics, personal training and pilates. She first tried yoga 15 years ago and has been a yoga teacher in Melbourne for over nine years.

“The first time I did yoga I was challenged physically and I walked out with a sense of calm. I wanted to keep doing it,” Peterson said. “Yoga makes me want to be a better person. It softens me. I don’t know why.”

But what is yoga? Is it a spiritual journey, a religious philosophy, a mystical healing experience or just an exercise routine that can increase strength and flexibility? Peterson says it can be some of these things or all of them – the choice is yours.  “To me yoga is the union of the body, the mind and the breath,” she said. “Some people take it from a spiritual aspect and then they appreciate the way their body feels.”

Yoga is a physical, mental and spiritual practice originating in India more than 2000 years ago. In the late 1900’s yoga guru and Hindu monk, Swami Vivekananda, introduced Indian philosophies to the western world.  In the wake of his success, a number of yoga gurus also ventured westward to share their knowledge. So yoga was first in fashion during the time of British India – but how did those European ladies do all those poses in a Victorian corset or with an Edwardian bustle I wonder?

While yoga is an ancient practice, ancient yoga was very different to what we call ‘yoga’ today.  Modern yoga is the result of two thousand years of evolution and mostly based on theory developed in the past 150 years. There are present day gurus and teachers with their own philosophies and practices who continue to develop new theories and styles. The basic exercises may stay the same but other elements are added. 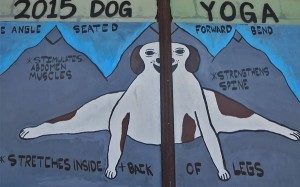 There are so many different styles and studios to choose from the difficulty with yoga in Melbourne lies with being spoilt for choice. It is possible there is a yoga studio to cafe ratio of 1:1 near where I live – it certainly feels like it! And there is an endless choice of gear that you can purchase to support your yogic pursuit with the right look, but basically all you need is some stretchy clothes and a yoga mat. Classes vary in cost, ranging from $12-$30. 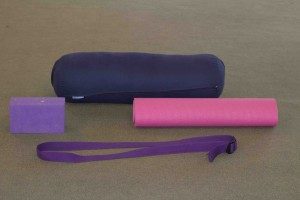 So what are the differences and how do you choose which yoga class is right for you? The best way is to try a few different classes until you find a style or teacher that works for you. Peterson says that while she appreciates all styles of yoga for different reasons, her current favourite is Power Flow yoga.It’s great to have options but how do you know where to start? In Fitzroy, for example,  you don’t have to walk more than a block or two in any direction to find a yoga studio offering classes with a choice from, Bikram Hot Yoga, Iyengar Yoga, Hatha Yoga, Ashtanga Yoga, Vinyasa Yoga, Power Flow Yoga, Infrared Hot Yoga and one that sounds really interesting… Anti-Gravity Yoga.

Power Flow Yoga is a Vinyasa flow class with a flowing posture routine, known as sun salutations, practised in a room warmed to around 30 degrees. Peterson says the heat is used to intensify the challenge. (Note: Infrared Hot yoga is similar to Power Flow but the room is heated using infrared lamps which apparently adds health benefits).

Ashtanga Yoga also follows the Vinyasa sun salutations adding variations with each cycle. Usually it is a 90 minute class and not practised in a ‘hot’ environment and may involve some chanting – but don’t be put off, this can be rather soothing. 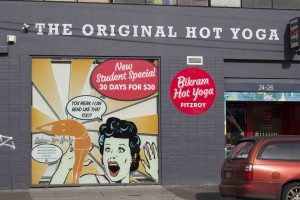 Bikram Hot Yoga is a standing pose yoga style so the postures are mostly static with some short flow sequences. The classes are held in a very hot room – around 40 degrees. Even though beginners are welcome, this style is not for everyone. The studio recommends not eating 2 hours prior to attending a class and participants are advised to drink lots of water both before and during the class.

Hatha Yoga, or Sun Moon yoga focuses on balance between opposing forces such as strength and weakness and inhalation and exhalation. This style class can be quite subtle and gentle and is good for anyone at any level.

Iyengar Yoga is very strong on alignment explains Peterson, and doesn’t focus as much on the philosophy until you get to a very advanced level of practice. Often props such as blocks, blankets, bolsters and chairs will be used to achieve optimal alignment.

Anti Gravity Yoga sounds exotic and fun. The Vibes Fitness website describes Anti Gravity Yoga as a workout that enables you to  stretch and strengthen without putting stress on joints or compressing vertebrae. It looks as though you do stretches in a cocoon-like silk hammock and it might feel like flying. I am definitely going to try this one out!

And then there’s Doga – yoga for dogs… need I say more?

Happy stretching your mind and your limbs.

“Into the Garden – Relaxation track with Michael Wynne” by Sonic Yogi, Johnathan Adams, available under a Creative Commons Attribution-Noncommercial license